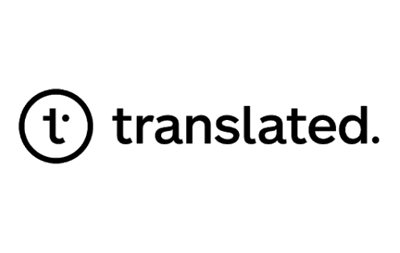 We have been offering human translation services for the last 20 years to our 131,615 clients, in 150 languages and 40 areas of expertise.

We use a powerful combination of human creativity and machine intelligence to craft consistent quality translations at speed.

Translated has been rewarded on several occasions, including the TAUS Innovation Contest. In 2015, the European Commission awarded our MateCat, and therefore Translated, for one of best AI research projects of the previous 7 years. In 2017, Financial Times indicated us as one of Europe's fastest-growing companies.

Translated contributes to the language industry by making most of its technology open source and accessible to everyone via TranslatedLABS.