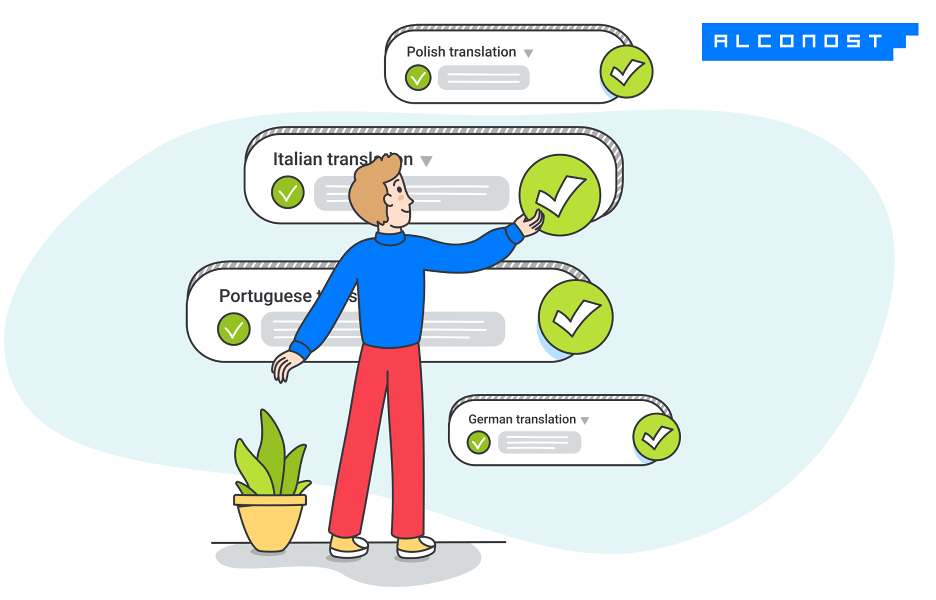 Sign up for our newsletter on globalization and localization matters.

What is localization testing?

Localization testing is a thorough inspection of the translated app, game, website, or other product for the purpose of ensuring that it contains no semantic and contextual errors, mistranslations, or linguistic and visual issues. Localization testing also checks for correct usage of date and time formats, UI elements, currencies, measurements, punctuation marks, and overall vocabulary.

Localization testing helps identify and eliminate semantic and technical errors in a product’s textual content before the localized version of the app or game reaches users.

How is localization testing different from functional testing?

Which type of testing should be done first? Can you assign both functional and localization testing to a single person? Let’s find out how these two types of testing coexist, and what skill sets you should look for when hiring skilled professionals for both roles.

Functional testing ensures the proper operation of each application feature. It involves checking the website, game, or app against predetermined standards of performance. In short, this type of testing looks at whether the app or system is functioning according to the technical expectations outlined.

Functional testers have a solid technical background under their belt. Aside from an impressive hard skill set, this type of testing requires attention to detail and strong time-management skills. But it doesn't require delving deep into every intricate nuance of the product’s context, or of the target market’s cultural aspects.

In contrast to functional testing, localization testing is less a technical procedure than it is a careful read-through to check how content will be perceived.

Testing of this type can be conducted either by going through the product using scripted scenarios provided, or by checking screenshots of the product in use. Errors that localization testers typically look for include:

In a nutshell, the reason why a functional tester is unlikely to succeed in localization testing and vice versa is because these two services require different skill sets, as you can see in the table below. 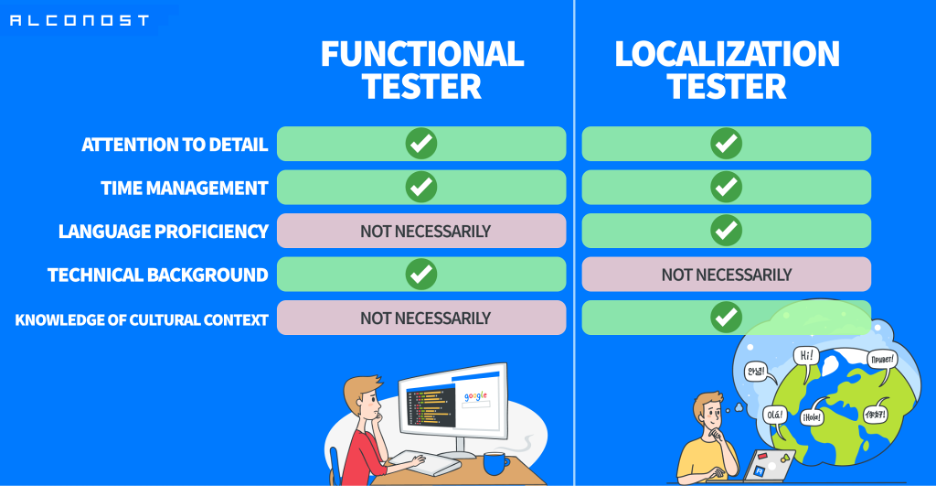 So don’t hyperfocus on minimizing expenses — as you can see, functional and localization testing are designed to check different aspects of the product.

When preparing for an international launch, both localization and functional testing are vital because they ensure that no technical or linguistic errors slip by before the release. Testing in general is designed to ensure the best first impression possible when your product goes live, so we recommend that you not neglect testing, either functional or linguistic!

Combining automation with manual operations is a common practice for functional testing, where creating automated test scripts is recommended to accelerate the process. Handy tools that simplify routine tasks are also widely used in localization. Glossaries, computer-aided translation (CAT) tools, and translation management systems (TMS) help translators do the bulk of the initial work. With localization testing, however, it's not quite that easy: here you need someone from the target culture who's a native speaker of the target language to do the bulk of work.

Localization testing is the final step in the localization workflow, and it is still humans who put the finishing touches on the translation before it goes live.

The chief purpose of automation is to simplify the process and reduce the client’s expenses. However, you can actually cut them down yourself at the stage of preparation for localization and localization testing.

How to prepare for localization testing

We wouldn't say that preparation is something you can’t skip. But consider that a localization testing company usually bills at an hourly rate for localization testing services. If the localization quality assurance tester has to slog through the entire game or app to check one screen of dialogue, you'll simply pay for more hours than you could have. Simplifying the process in advance means you save yourself money.

Human beings are social animals who thrive on communication, but that communication differs from one culture to the next. How your product communicates with its end users determines their loyalty. Localization testing is crucial because it ensures that your product speaks your users’ language, eliminates potentially offensive or inappropriate jokes, and embraces the power of local humor. If your users enjoy your high-quality product enough to stay and keep using it, they’ll be sure to tell their friends about it, as well! 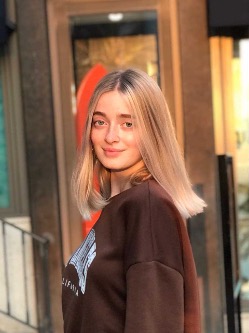 Liza is a Content Manager at Alconost, a global translation and localization agency that boasts a pool of 600+ native-speaking translators that work with a total of 100+ languages. Liza writes marketing and industry-specific content, and manages Alconost's digital communication channels, such as its blog, social media, and community discussions.