We often hear people use the term ‘lost in translation’ when referring to mishaps or mistakes in translating from language to another. Some languages are simply unable to capture the true essence of a word when it has been translated from another language. These are known as untranslatable words.

Over the past few months, we have been doing some research into untranslatable words and their meanings from around the world. Each week our recruitment team have been sharing these with you as part of our ‘Translation Tuesday‘ series. Here we have a few of our favourite untranslatable words that we would like to share with you:

We’ve all experienced the feeling of drowsiness after eating too much at one time or another. Often described as a ‘Food Coma’ and summed up into one word in the Italian language, ‘Abbiocco’ refers to the sleepy feeling you get after a big meal. 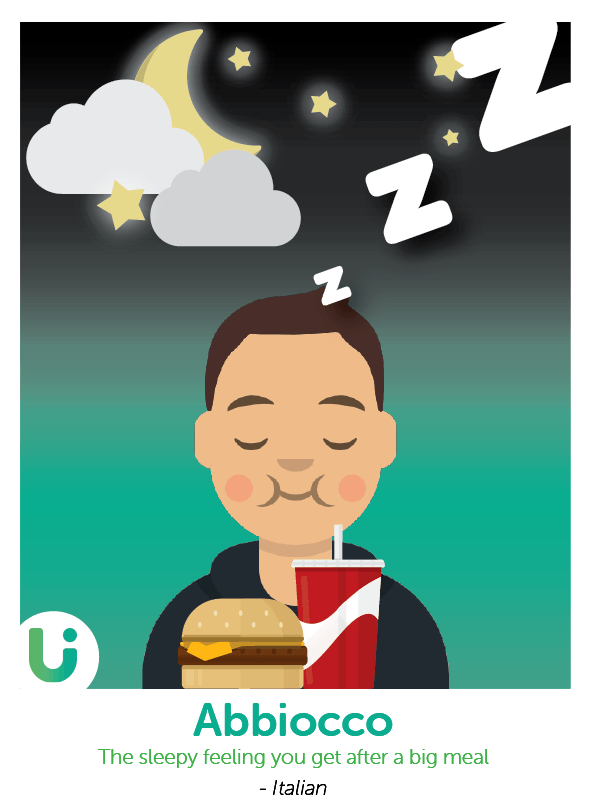 The poetic and beautiful Japanese word ‘Komorebi’ describes the sunlight that filters through the trees. A compound of four characters, three kanji and the hiragana particle. The first kanji character means ‘tree’, the second refers to ‘escape’ and the third represents ‘sun’ or ‘light’. 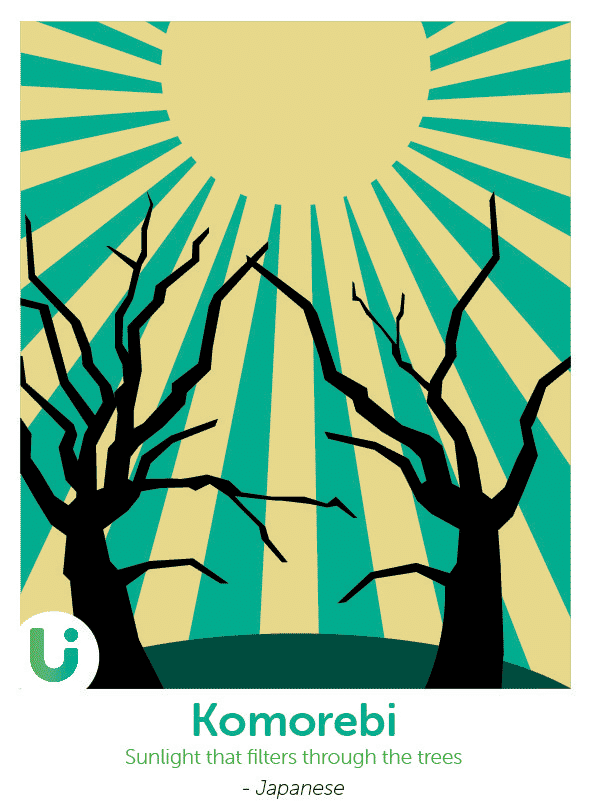 Ever met someone who asks a lot of questions? Whether that be at work or through a movie, the Russian language perfectly describes a person who does just that. The untranslatable word ‘Pochemuchka’ refers to someone who asks too many questions. 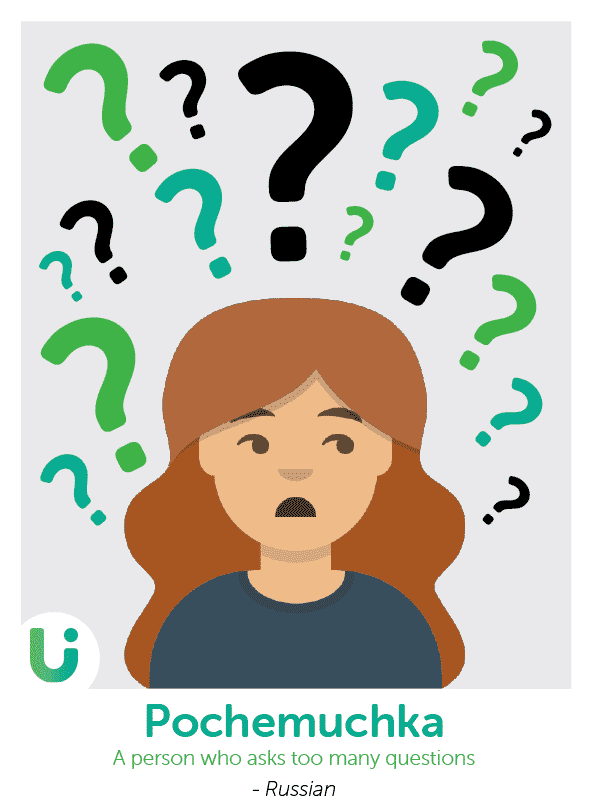 Many people love to hear the whistling of the wind as it hits the autumn trees. We have found the perfect word to describe this. A word with Ancient Greek origins, ‘Psithurism’ refers to the sound of leaves rustling in the wind. 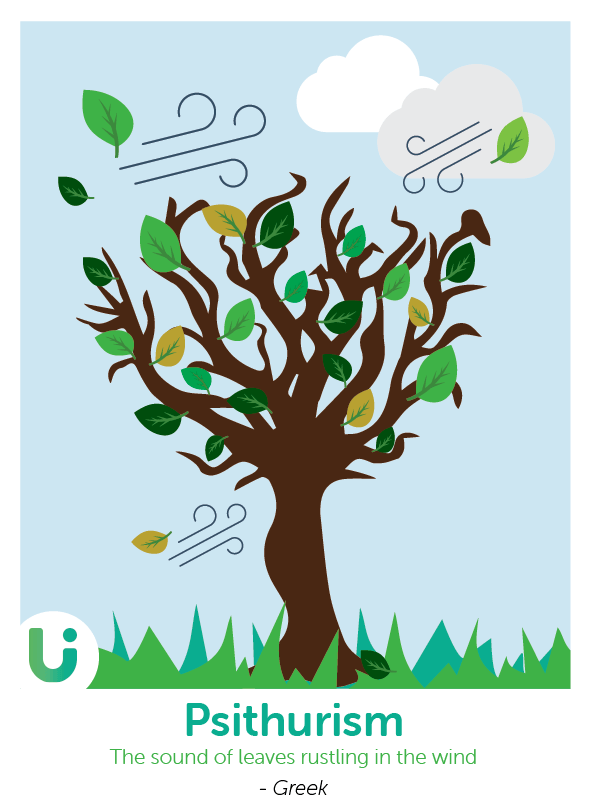 Literally translated to ‘moon-road’, the Swedish noun ‘Mångata’ poetically describes the picture-perfect glistening road-like reflection of the moon on the water. Similarly in Turkish, they use the word ‘Yakamoz’ to describe any kind of light reflecting onto water. 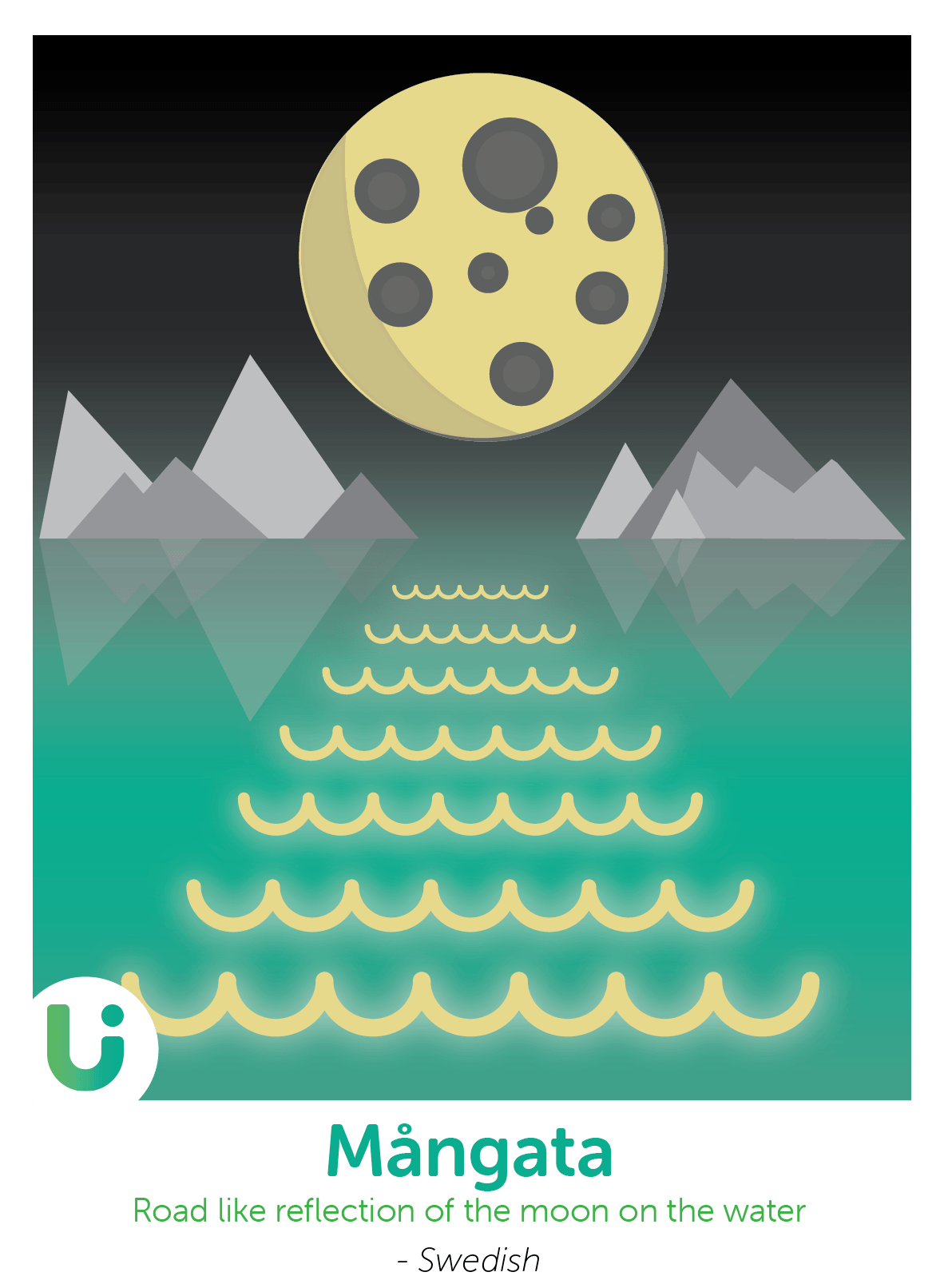 Taken from the German language, the word ‘Schilderwald’ refers to a street where you can get lost because of so many road signs. Made up of two components, the term directly translates to ‘signs forest’ or forest of traffic signs. 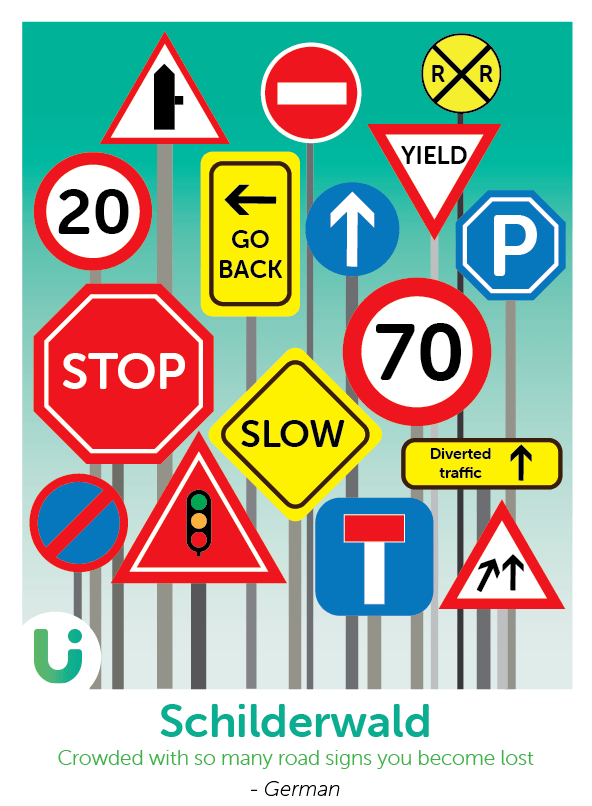 Getting caught in a rainstorm, sheltering and waiting for it to finish is something we are all too familiar with in the rainy UK. The Slovenian verb ‘Vedriti’ defines just that. The term can often be used metaphorically as well, to describe a person waiting for a bad mood to pass. 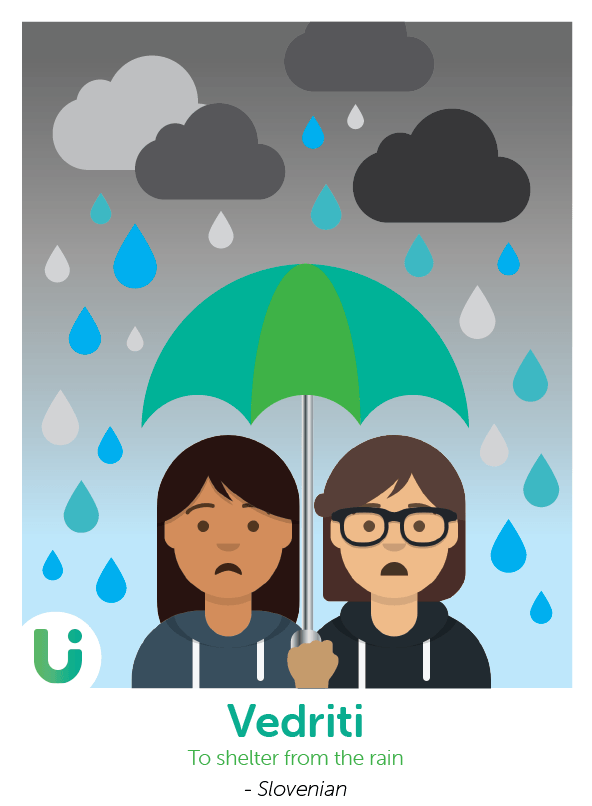 Literally translated to ‘air person’, the Yiddish noun ‘Luftmensch’ refers to someone who is a bit of a dreamer. So if you often find yourself drifting off to dreamland and thinking about puppies or unicorns then this one is for you! 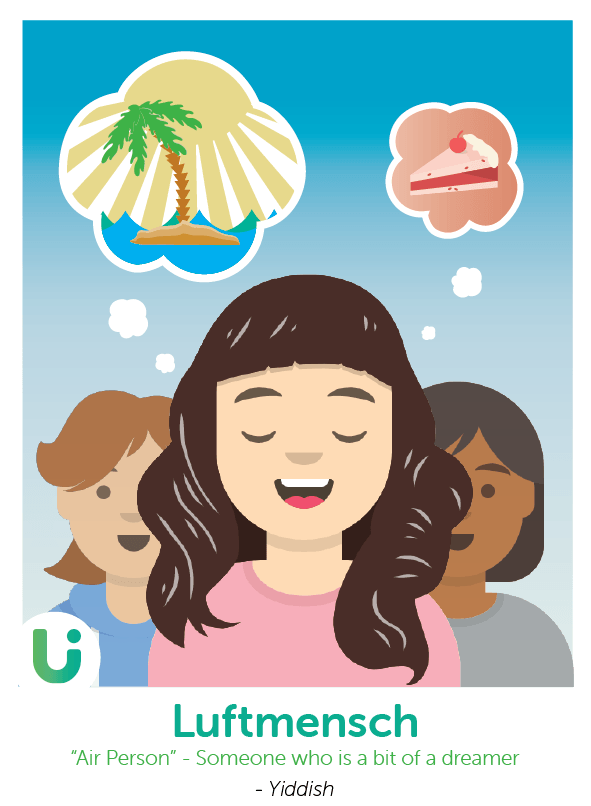 The Japanese noun, ‘Yugen’ describes an awareness of the universe that triggers an emotional response one feels when they consider things too big to comprehend. Like how many stars are in the universe or the mysteries of creation. 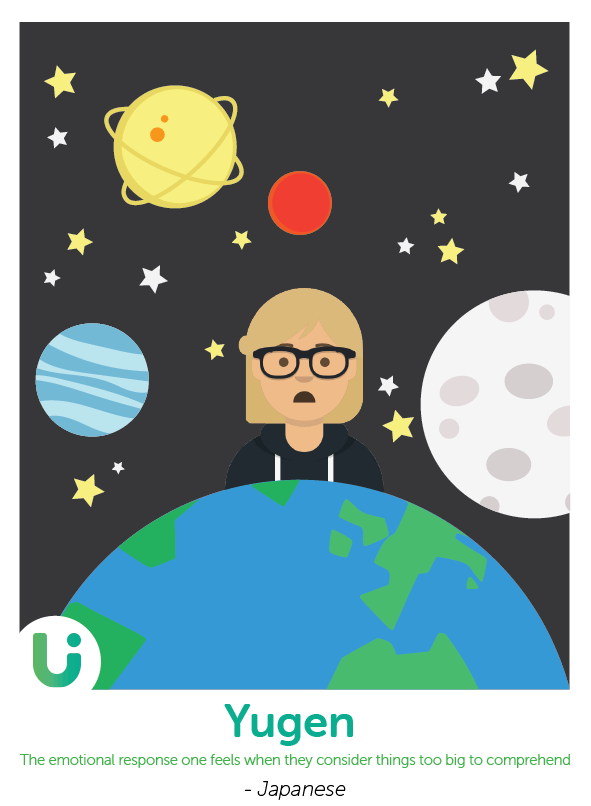 Taken from the Swedish language, ‘Tretår’ refers to a second refill of a cup of coffee or more literally a threefill. A term that could often be used on a Monday morning to help many get back into the working week. 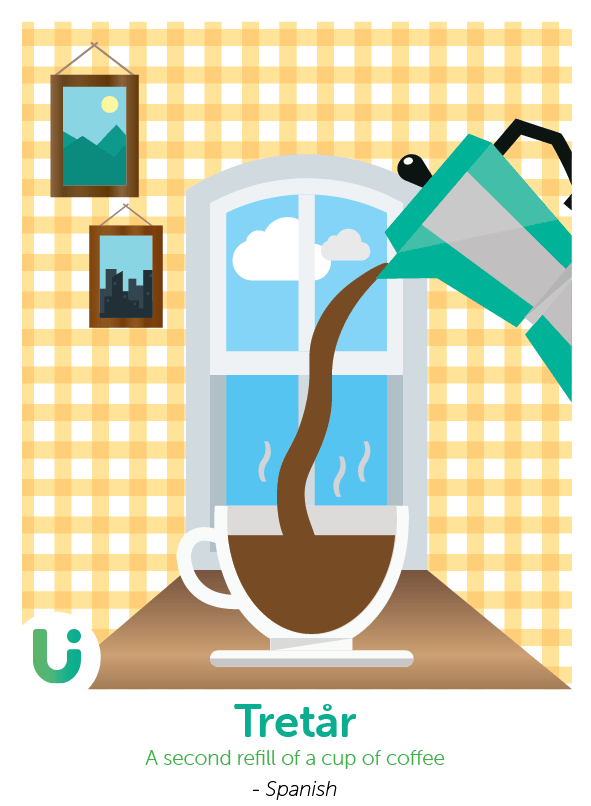 ‘Gökotta’ is used in the Swedish language to refer to the act of waking up early, often as the sun is rising to hear the first birds sing. It is an act that has been long known to impact a person’s physical and mental wellbeing and promote a productive and peaceful day. 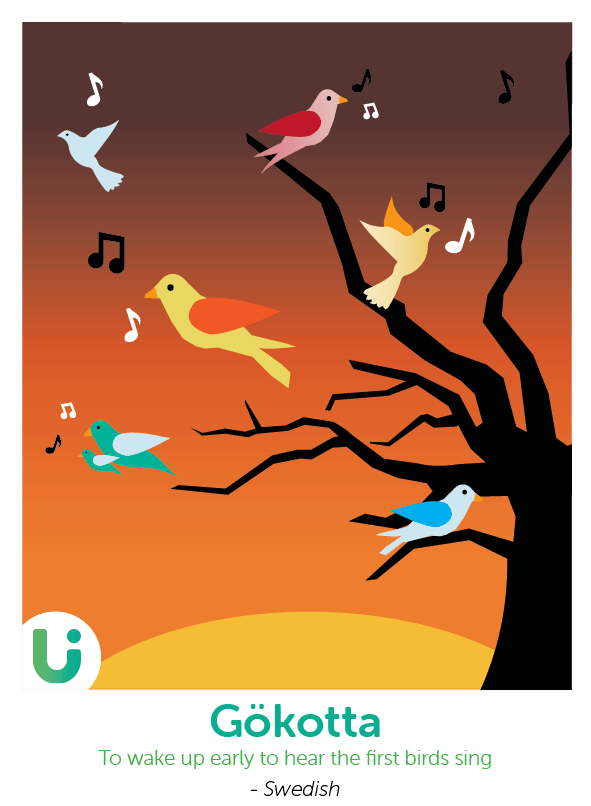