10 Fun Facts about Guatemala, the Land of the Trees

Rosario Traducciones continues its tour of Latin America in another edition of #ElEspañolEnElMundo. This fifth installment takes us to the country of eternal spring.

Do you need to communicate with a Latin American audience? Are you exporting or selling your products or services to Spanish-speaking countries?  Rosario Traducciones y Servicios SA invites you to join us on a virtual linguistic tour through the different countries of Latin America, as we explore their diversity and cultural riches. This edition focuses on Guatemala, one of the most attractive destinations in Central America.

Guatemala is a country recognized for its ethnic, cultural and linguistic diversity. The Guatemalan population is made up of peoples of Mayan, Garifuna, Xinka descent, as well as Latinos commonly called mestizos. Although Spanish is the official language, the Republic of Guatemala presents a diversity of languages throughout the country. Among the 25 recognized languages, 22 are Mayan variations that derive from the Mayan mother language called Protomaya.

The word Guatemala comes from the word Quuahtlemallan, which in the Nahualtl language means “place of many trees” or “land of trees.” This name suits the Central American country perfectly since its territory is heavily forested with several mountain ranges. Guatemala is also known as the "country of eternal spring" thanks to its year-round mild climate. 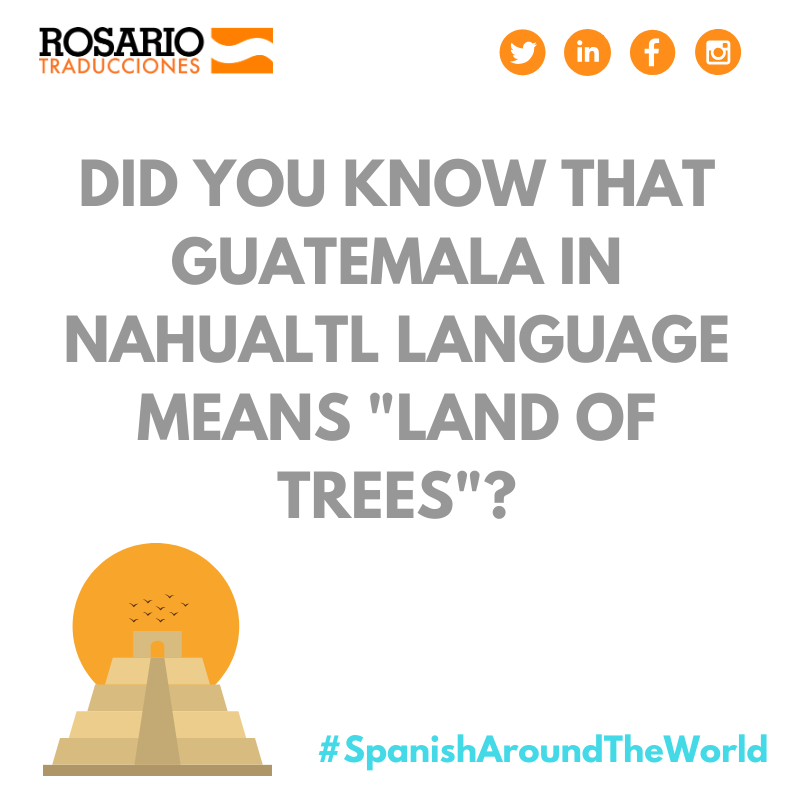 3) Largest number of UNESCO world heritage sites in the world

The United Nations Educational, Scientific and Cultural Organization (UNESCO) has more sites in Guatemala on its list of World Heritage Sites than in any other country in the world. Considered irreplaceable sources of life and inspiration of great value to humanity, Guatemalan sites under UNESCO’s protection include: La Antigua Guatemala, Tikal National Park and the Quiriguá Ruins.

4) Creators of chocolate and instant coffee

Cocoa was a very important product for the Mayan people; so much so, it was used as currency. But they also used it for cooking and baking, as they are considered the inventors of the chocolate bar.

Guatemala is also attributed with the invention of instant coffee. In 1906, the English chemist George Washington was in charge of the first process to make this product. And, in 1909, while living in Guatemala, he founded and promoted his Red E Coffee brand.

The country of eternal spring has about 33 volcanoes scattered throughout its highlands. Its highest point is the Tajumulco volcano, which is also the highest in all of Central America. This inactive volcano is 4222 meters high. Visitors can climb to the top, from where they can enjoy one of the best panoramic views in the country.

In 1996, a peace agreement was signed in Guatemala, with the aim of ending the country’s internal armed conflicts. The agreement recognized 25 languages, 25 ethnicities and four cultures, stating that they should cohabit as a nation.  These cultures are Ladina, Xinca, Garifuna, and Mayan, which is the oldest of the four, dating back more than 5,000 years. 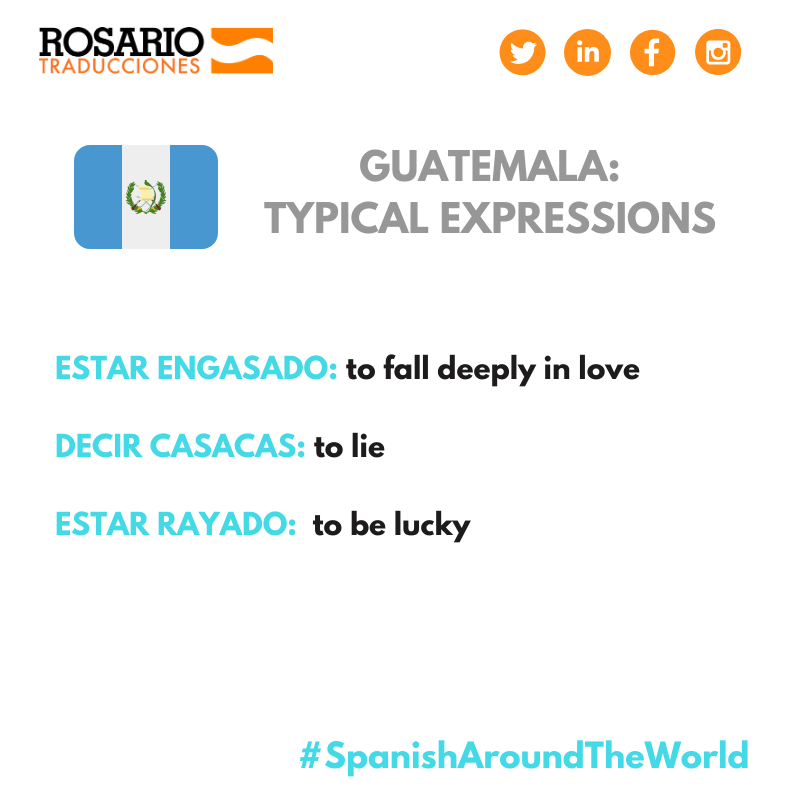 True to the country’s etymological meaning of its name, Guatemala has a high index of biodiversity and natural resources. In the Sierra las Minas Biosphere Reserve and the Bocas del Polochichabitan Wildlife Refuge alone there are more than 800 species. The quetzal is Guatemala’s national bird, a small bird with bright red and green plumage, while the White Nun orchid (Lycaste skinneri) is its national flower.

8) Kites in honor of the dead

Like in Mexico, Guatemalans celebrate November 1 (Day of the Dead or Día de los Muertos) in honor of departed loved ones. The curious thing about the celebration is that here they fly kites, some of which measure as much as 36 meters. They are made from fabric or paper with unique designs and fastened to a bamboo frame. In the village of Sumpango, near Antigua, where the Giant Mayan Kite Festival is held, people gather on a soccer field next to the cemetery to fly their kites. Kites are made several weeks in advance, with the most intricate designs taking up to a year to make. Their creators enter them into contests and are judged in different categories like creativity and flight.

9) The deepest lake in Central America

Recognized as one of the most beautiful lakes in the world, Lake Atitlan is one of the great natural wonders of Latin America, as well as an excellent place to discover the multicolored markets of Guatemala. The lake is located in the southwestern region of the country, in the department of Sololá; It is one of the most important tourist centers in Central America. With a length of 26 km and a width of 18 km, it occupies the crater of an extinct volcano with a total of 18 islands formed by eruptive rocks. 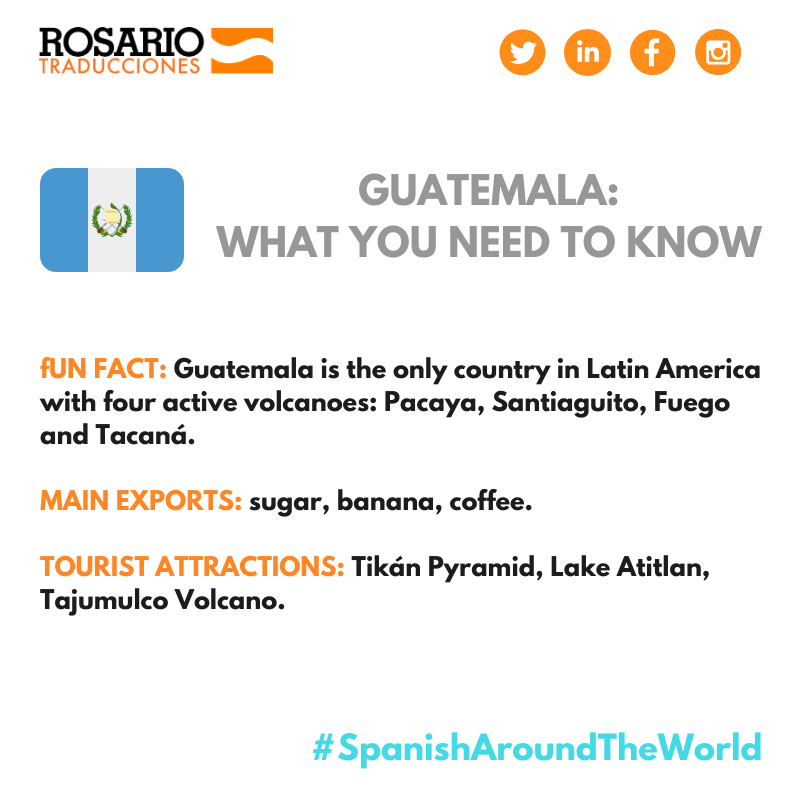 10) The tallest stele in the Mayan world

A stele is a monolithic monument of the Mayan culture in Mesoamerica. They are tall, carved stones placed in urban areas to commemorate historical events. The tallest stele in the Mayan world, known as "Stela E,” is located at the archaeological site Quiriguá. The 10.6-meter-high monolithic block is carved on all four sides. It was built around 771 AD. and represents the political power of a ruler: K’ak’ Tiliw Chan Yopaat.