Why UX Localization Should Be Your Next Bet 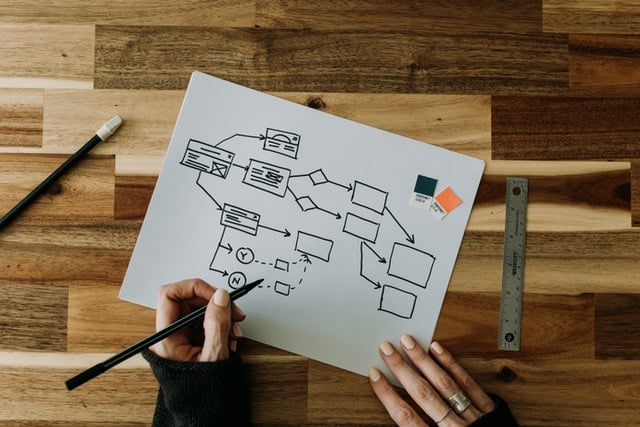 Photo by Kelly Sikkema on Unsplash

Microcopy is considered the core of UX writing. We are talking about those small pieces of text that guide and enhance the user experience through an app, a website, a game, a newsletter, and so on. Examples are call to action buttons, notifications, error messages, registration forms, and short messages. The task of a UX Writer is to find the best words for a seamless user experience: words that meet the customers’ needs, inspire positive emotions, and improve customer loyalty.

To make sure they are choosing the very best words, UX Writers base their decisions having a specific target user in mind, the so called UX Persona. The process to find the relevant UX Persona starts during the Discovery Phase when, by means of user interviews, brands gather real target audience data, and identify trends and common problems that users need to solve. This way brands know exactly who their users are and make sure they can also reflect business goals. Developing UX Personas is fundamental, as it helps answer the main question “Who are we designing for?”.

What does all of this have to do with localization? We know that a product can be successful on the international market only if it is localized. However, addressing different cultures and languages means changing the original UX Persona: some characteristics will be preserved, but different values, experiences and sensibilities must be considered.

Just to make an example, this is SurveyMonkey’s philosophy: even if it’s easy to let some robotic words slip into your writing, you must try and write words that are simple, direct, and human. But what is considered “direct, simple and human” in each language? Are different voices equally accepted? The answer is obviously complex, as cultures have different degrees of tolerance and non-written rules about how people want to be addressed as well as the need to reduce or increase distance in mutual interactions.

Examples of voices and attitudes across languages and cultures

English can play with lots of different voices. The casual and funny voices are the preferred ones at the moment. They use humor, puns, emojis, abundance of verbs and everyday words, and are more direct and personal. Another valid choice - even if it should be used with caution - is the irreverent voice:  US and UK brands are not afraid to make fun of their users, who in turn do not get offended and take the joke.

Italians use other voices, instead. Due to their educational background and the types of documents they handle every day, Italians have developed a love-hate relationship with the so called “bureaucratese language” and everything that gives authority to texts. Italians feel at ease with a more formal language, that can be also casual, but never irreverent.

These attitudes can be observed in a more scientific way if we take into consideration the six Hofstede cultural dimensions. Power Distance, for example, that “is defined as the extent to which the less powerful members of institutions and organizations within a country expect and accept that power is distributed unequally”, shows very high values for China, France, and Italy. These societies generally accept a fair degree of inequality and power is mainly centralized. On the contrary, in the Finnish society people like to be independent, power is decentralized, control is disliked, and communication is direct and participative. 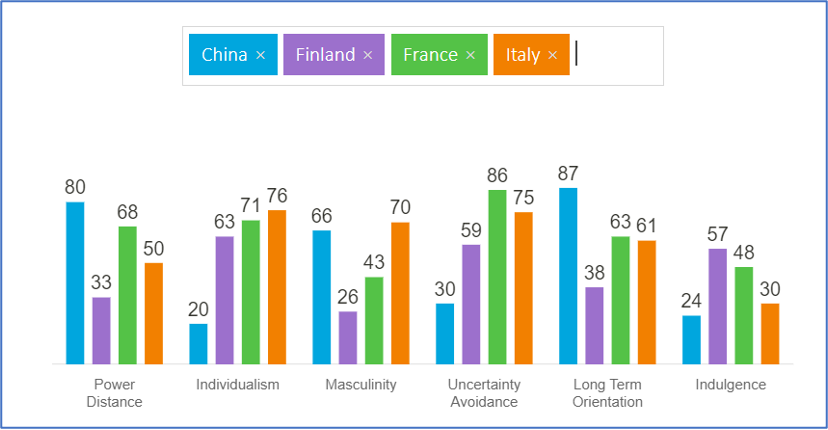 Not only voices should be changed, but the whole design perspective, as different cultures react differently to different contents. Let’s compare other three countries now: Greece, Taiwan, and the United Kingdom. We will notice that Greece and Taiwan show very low scores for the Individualism dimension, i.e., the degree of interdependence a society maintains among its members. They are collectivistic societies, where the group is more important than the individual, so also when dealing with digital products they will appreciate the opportunity to read product reviews and share their personal purchase experience on social networks. People living in the United Kingdom, instead, will react better to some kind of personal rewards, such as getting discounts after repeat purchases.

Each localization project will always come with a set of challenges, which depend on different factors, for example layout and design, language grammar rules, stylistic conventions, and cultural values. Let’s examine some of them, trying to understand what can be done to obtain a final product that is aligned with the target audience expectations.

Due to their nature, a number of languages already faces little or no problems at all: Danish, English and Swedish often use the neutralization strategy and select words with no reference to women or men (‘policeman’ or ‘policewoman’ are replaced by ‘police officer’, ‘spokesman’ by ‘spokesperson’, etc.). Estonian, Finnish and Hungarian are genderless languages that have no grammatical gender and no pronominal gender.

Alternative approaches are currently being sought, spacing from avoiding the generic masculine to use double forms for specific referents (Unionsbürgerinnen und Unionsbürger, in German) or neuter gender pronoun even if against grammar rules and usually bearing negative connotation (ono, in Russian) to implementing typographic changes such as the use of asterisks or schwa (tutti > tutt*/tuttə, in Italian), and the at sign (todos > [email protected], in Spanish).
Graphic signs can create an obstacle to readability, though, so the main approach currently used, especially in digital products, consists in rephrasing: changing the subject, searching for synonyms, omitting pronouns, and shifting the point view are some viable solutions.

With its primary aim of settling communication between users and a digital product, informing and guiding people to understand what is happening on their screens and what they should expect, UX writing is surely the future of the design process. As tech companies are beginning to notice what values it can add to their products and investing on it, they should also remember to integrate the localization process early on, creating and writing their content so that it can be easily adapted for international markets. On the other hand, UX localization is a whole new market that is opening up for language professionals, so it’s time for them to invest in trainings and continue learning if they do not want to miss this golden opportunity. 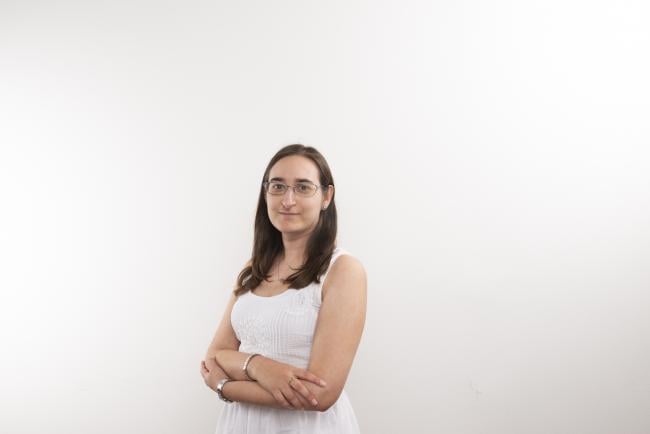 Cristina is currently working as Lead Linguist as part of the in-house linguistic team. Shortly after her graduation in Translation and Interpreting, she joined the Creative Words team in 2017 as translator and reviewer. Thanks to the knowledge acquired, since 2019 she has managed to take on a more leading role. She now coordinates other teams of translators and reviewers and ensures that the work delivered is compliant with the clients’ requirements. You can find her on LinkedIn at www.linkedin.com/in/cristina-siragusa-a610b9156