The politically correct answer is yes, of course—all languages matter. For an industry focused on the translation, interpretation, globalization and marketization services, however, reality is all about the numbers. Inclusiveness, while desirable, is rarely in budget.

Yet only focusing on the economics of small—non-commercial—languages may be short-sided thinking. People are using indigenous languages—languages specific to a people and region—in new, sometimes surprising ways. ShareChat, India’s fast-growing social network, is available in 14 indigenous languages—and not in English. Canadian food shoppers now find labels on some 80 items written in 30 indigenous languages. Indigenous nerds in the United States and in Australia even have their own Comicons—comic conventions—coming up later this year.

These examples showcase the possibilities for bringing indigenous languages into a modern context, which happens to be the idea behind the United Nations (UN) proclamation of 2019 as the International Year of Indigenous Languages.

This designation, led by the UN’s Educational, Scientific, and Cultural Organization (UNESCO) and supported by the Department of Economic and Social Affairs (UNDESA), focuses not just on preserving and revitalizing indigenous languages. Success, says UNESCO’s Irmgarda Kasinskaite-Buddeberg, is helping a broad array of stakeholders—linguists, academics, governments, industry—to see indigenous languages as an opportunity.

“Indigenous languages are usually seen as a marginalized issue,” Kasinskaite-Buddeberg says. “Industry will say that they are not economically interesting for the development of language technologies, resources and services, but we don’t agree. We would like the industry to see these populations as those who could potentially benefit from language friendly solutions and services, and therefore customers.”

The tension between the reality of language loss and the economics of language preservation isn’t a new discussion. Ethnologue counts 7,000-plus world languages, some forty percent of which, the UN estimates, may be lost by the end of this century.

What is new, however, is the accelerating pace of changes that impact how quickly a language may be lost—even as the kinds of tools and technology that could put significant preservation efforts within reach are increasingly available, Kasinskaite-Buddeberg says.

Growing migration, for example, which is up almost 50 percent between 2000 and 2017 to 258M people worldwide, means that users of indigenous languages are showing up in far-flung places, creating challenges as these newcomers look for work, enroll children in school and access civic services. Migration—whether for economic opportunity or to flee civil disruption—also disrupts family structures, which is the way indigenous languages are traditionally passed from one generation to the next. On the plus side, the growing availability of broadband has helped to connect language speakers to each other—at least virtually.

The relentless march of globalization presents another significant threat. Globalization enables technology and its dominant languages to cross—or ignore—national or geographic borders, which bolsters the idea that those languages are more valuable than indigenous ones, Kasinskaite-Buddeberg says. Parents reinforce this idea of “language prestige” by pushing their children toward the use of dominant languages in the belief that they will find better academic, professional and social opportunities.

Finally, at the same time the world is facing the reality of climate change and the loss of habitat, researchers are increasingly coming to understand that there is a strong connection between biological and linguistic diversity. Many indigenous languages are closely connected to the habitats where they are found, and hold important clues about the land, weather patterns, rising seas, water sources, traditional medicines and more, stored in their cultural and historical memories.

“Traditional knowledge systems are captured and coded in languages, and closely linked to survival skills” built up over time, says Kasinskaite-Buddeberg. When languages disappear, she adds, that knowledge is lost along with a unique way of experiencing the world through a community’s traditions, values and history.

That’s not to say that the language industry faces a sudden onslaught of languages with little commercial viability.

Rather, says Kasinskaite-Buddeberg, what’s needed is a consolidated, systematic and open approach to creating and sharing resources that can be used by language communities to capture and preserve indigenous languages. These kinds of resources—standards, dictionaries, audio capture, documentation, simple work flow tools or apps—exist for dominant languages. Why can’t these same kinds of resources be made available in a low-cost way to indigenous language communities, Kasinskaite-Buddeberg asks.

“We see solutions created by industry for the dominate languages—why can’t they be released openly to be picked up and used and revised by small languages?” she says. “It’s important to help change the industry’s mind set to think about these languages as clients.”

For those who are interested in learning more, Kasinskaite-Buddeberg points to UNESCO’s Year of Indigenous Languages Web site, which includes all of the official UN documentation. The site is also designed to connect indigenous language communities around the world at a grassroots level. Once registered, users can share best practices, post documents, publicize events and more.

Of course, the International Year of Indigenous Languages is a time-bound initiative. When 2020 rolls around, will there still be interest in building capacity for indigenous languages?

She expects the groups and activities established under the 2019 initiative to continue. She also expects that the UN will issue a strategic report outlining learnings from the year and suggesting future areas to be explored—perhaps adding a regional focus, she says, or providing new statistical data that can help guide decisions about where to put new broadband, for example, or where large numbers of indigenous language speakers live and work.

“Providing stats we think will help decision-making,” Kasinskaite-Buddeberg says. “We want to help the industry to see new customers, not just new costs.”

Diane Wagner writes about the business of language from Seattle. 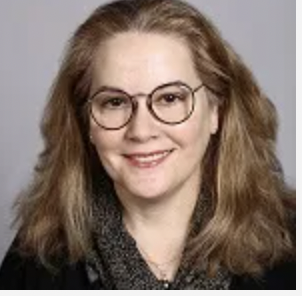 Diane Wagner writes about language topics. She is an Ambassador for Translators without Borders. Her experience includes founding the Volunteer Your Voice community language program and running the Office Int'l Content Group, both for Microsoft.